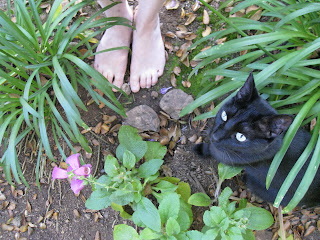 Here I stand, pausing a few moments before I resume my task of filling the bird feeders. Charlie (our new rescue kitty) has decided to keep me company. Perhaps he has a vested interest in keeping those bird-feeders full.

The most wonderful places are often in our own "backyards." Sometimes it's fun to play tourist. 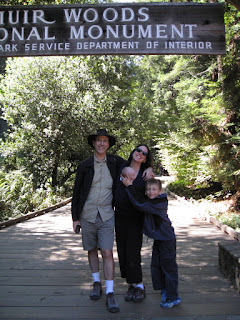 This weekend we played tourist and visited Muir Woods. 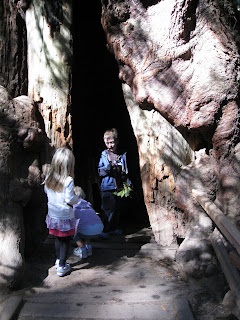 Do you have any local places you've been meaning to visit?
Posted by m. bloom at Monday, August 23, 2010 1 comment: 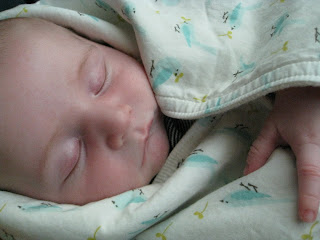 Another favorite lullaby around our house... this one is French and you can hear a sound-clip here...

Papa is by the water
He's making boatsFor the little brother
who is sleeping so sweetly...

The angels above
Are building a beautiful castle
for the little brother
Who is sleeping so sweetly... 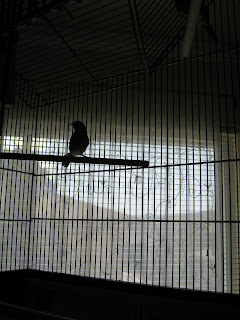 Five years ago we brought home a pair of birds -- Blue-Capped Cordon-Bleu finches which we named Mr. and Mrs. Blue-Cap Twitterpeep.

They brightened our home with their warbles and fluttery affection for each other. Best of all was the courtship dance of Mr. Twitterpeep. Every day he would pick up a bit of paper from the bottom of the cage or nest and hold it in his beak as a tender offering to his mate, all the while singing a pretty song and bobbing up and down like a little wind-up toy. He was absolutely irresistible. 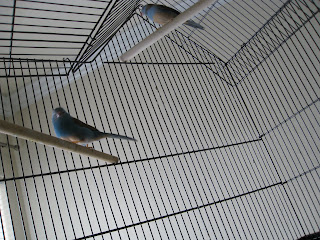 But Little Mr. has been begging for years to add a furry pet to our home. He's had his heart set on a dog, but as a compromise we decided to try out a cat. This meant that our little birdies had to find a new home. Luckily, we have friends who have a beautiful aviary in their San Francisco Victorian apartment. So off went our birds to their new home last Sunday. 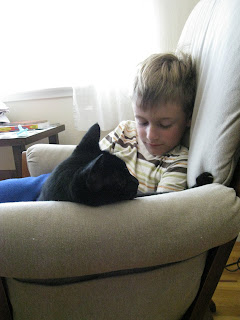 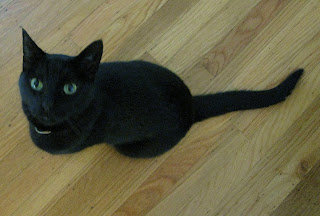 Our new kitty is named Charlie. He is 10 years old and came to us from a posting through a local cat-rescue organization. 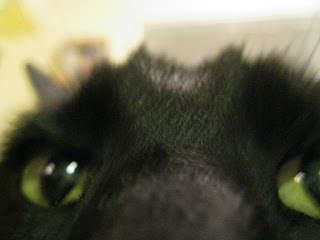 Little Mr. B. and Charlie have taken well to each other and are fast friends already. Above you can see Little Mr.'s photography efforts -- kitty insisted on a close-up! 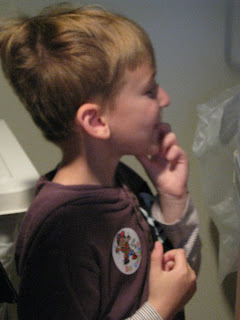 A few minutes after Baby Bloom was born someone in the birthing room asked Little Mr., "What do you think of your baby brother?" Not taking his eyes off the sticky, squirming newborn, my 7 year old answered, "I've been waiting seven years for my brother!" Little Mr. B. had been waiting all his life for that moment... 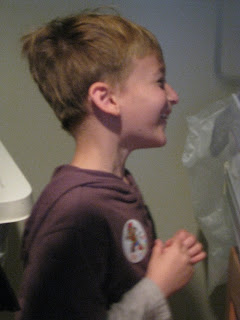 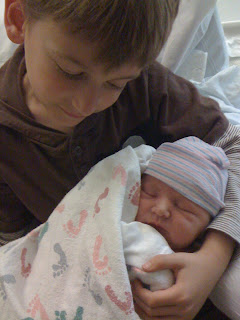 So, ultimately I didn't choose to bring another child into our family just so my son could have a sibling, but the miracle of it is that this has been the best part... I'm reveling in the relationship I see unfolding between my two children. 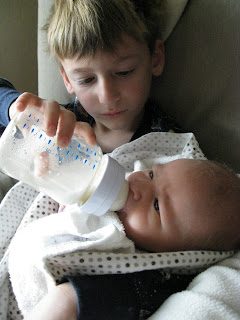 Little Mr. B. holds the baby's tiny hand when they ride together in the back seat of the car. He tries to soothe the baby when he cries and is eager to hold and feed him. Baby B. turns his head in his brother's direction and looks at him with wide eyes when Little Mr. comes into the room. This relationship is not one I could plan for or predict but I am reveling in the miracle and joy of it.
Posted by m. bloom at Sunday, August 15, 2010 3 comments: 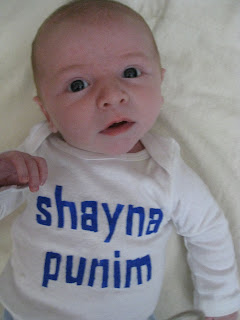 For an explanation regarding the meaning of the Yiddish expression "Shayna Punim" you'll have to visit this post from June 18th!
Posted by m. bloom at Saturday, August 07, 2010 1 comment: 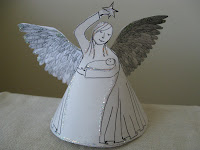 Mornings around here are quiet. My mother went home about 2 weeks ago and Little Mr. is at summer camp for a few hours each day. Baby B. and I curl up in the rocking chair and I dust off favorite lullabies which I used to sing to Little Mr. when he was a baby.

The lullaby A La Peurta Del Cielo is unusual and rare and a particular favorite of mine. It was collected in Mexico by the Federal Music Project as part of President Roosevelt's New Deal. You can hear a clip of it here...